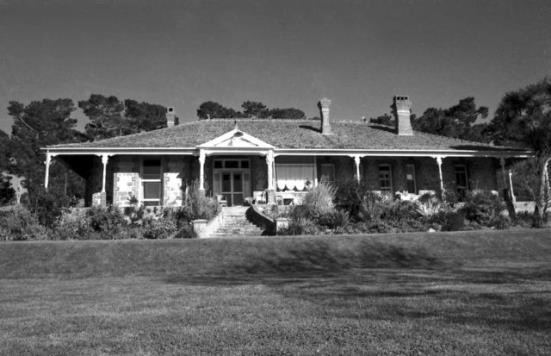 Gundowringa is located half way between Goulburn and Crookwell and is famous for fat lambs and potatoes. What has this to do with fishing? Nothing.

But based on recent stocking figures and the proximity to Sydney, we had to give it a go. So in early March Lakeside Fly Fishing Club descended upon Gundowringa.

Accommodation at Gundowringa consists of shearers’ quarters accommodating up to 18 people, shared non gender washroom/toilet block, communal sitting, dining room, wood fire, kitchen, industrial fridge and BBQ. As there were only six of us we each had our own room, and at $30 per night it was a bargain.

The lack of rain has made fishing challenging and this was reflected during the weekend. Pejar Dam was picture perfect but the other two dams need a flush out as they could not be fished due to the weeds. The catch rate was disappointing but fine weather and good company made the weekend a great success.

On Saturday night it was planned to have dinner at the Willowvale Mill restaurant. Upon trying to book the restaurant we were advised by the owner that the restaurant would not be open as he was taking his lady friend to the Blue Mountains.

Alex asked if we were invited but he said his friend would not approve. So we all ended up at the Commercial Hotel in Crookwell for dinner.