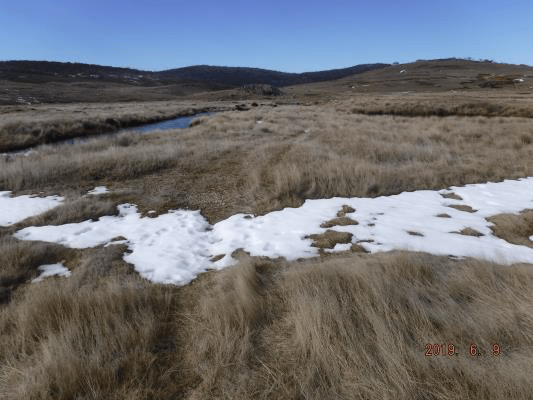 Snow and rain in the weeks leading up to closing weekend built anticipation the flush might have started the fish on their annual run up the Eucumbene River.

The Portal was in full flight and the river low but flowing nicely. As usual the run from the Portal to the tree line at Denison was well populated with anglers and campers at the Denison car park.

The hot rumour was to fish the Eucumbene down stream of the Portal. So there wasn’t much room either at the junction or down stream. We tested Denison instead, fishing for several hours down stream of the old road bridge but to no avail. One chap said he landed a reasonable sized brown but that was the only report of a catch.

We moved on to Kiandra and fished the river downstream from the Kings Cross Road and Snowy Mountains Highway junction. The river looked perfect and there were only a couple of other people about. Despite several hours of trying we didn’t even a spook a fish.

On Sunday we checked the Portal and seeing the usual mob we decided the Murrumbidgee where it joins Tantangara would be a good chance. The volume of Tantangara was 19% so we thought the river would be spot on. Port Philip Fire Trail was in good condition but the Dam Track was very muddy. So much so that we only made it half way along before deciding that it was not worth getting stuck on the very boggy and slippery track. It was well and truly cut up by other vehicles.

After a brief diversion to Tantangara we found it low and boggy so crossed the causeway and tried Mosquito Creek. We walked the creek for about a kilometer and fished back to the car. The muddy water was barely flowing and the lake bed very soft and boggy.

One of the problems was the water level had only dropped in the past month so there was no plant life in the creek or the lake bed. The creek was dirty and so were we.

It was getting a bit late so we made one last attempt on the Murumbidgee below the dam wall at Tantangara. We parked at the old road bridge and although the river at this section flows through very thick undergrowth and tussock we could see some nice pools a few hundred metres down stream.

The tussocks were a pest but the pools were just fine. There were even a few rises to be seen. An active fish of at least ten centimetres jumped several times, tempting us back for next year. But aside from the occasional rock, log and tree, we didn’t hook anything.

We caught up with the Illawarra Fly Fishing Club back at the cabins and swapped tales of woe. In summary the trip was great; the weather fine and the company perfect. No fish for us, though we did hear of a few being taken down stream of the Portal.

It must unfortunately be recorded that Illawarra Fly Fishing Club caught one fish (no photo but a real live Illawarra member claimed he witnessed the event). The consequence of that one fish is that Illawarra get to keep the Cup for the end of season competition. There is always next year.